U.S.-China 'Phase 1' Trade Deal Back on Track After New Negotiations 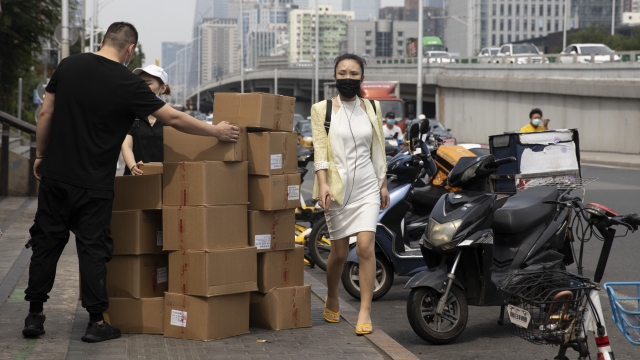 The U.S. and China have reaffirmed their so-called Phase 1 trade deal, despite worsening tensions between the two countries.

Chinese and American trade representatives met by telephone Tuesday in their first formal talks since early May.

The U.S. has accused China of failing to come through on its pledge to buy more American goods. However, the U.S. trade representative's office said in a statement that the two sides "discussed the significant increases in purchases of U.S. products by China as well as future actions needed to implement the agreement."

China's commerce ministry hailed the “constructive dialogue” and said it is committed to continue working on the Phase 1 deal.

President Trump has repeatedly ripped China over the COVID-19 pandemic. He declared just last week that talks were off because “I don’t want to deal with them now.”

Some international trade scholars have characterized the president's tactics as "tantrum diplomacy."