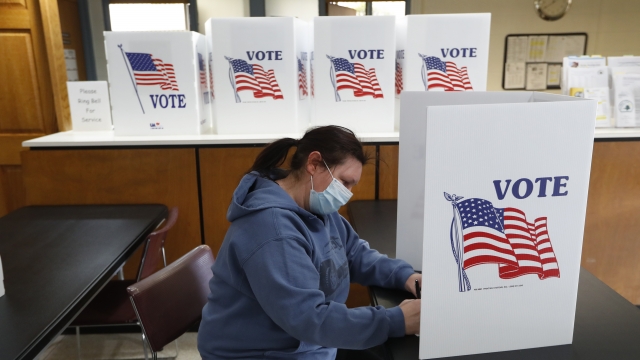 New rules In Georgia and Florida will require voters to provide additional identification, which critics say will impact minority voters and students.

More than a half year after the election, Republican lawmakers are passing new restrictions requiring identification to vote by mail.

Voters in Florida and Georgia who want to vote absentee ballots in next year's governors races now must first provide identification to receive a ballot. Only two states had such a law in the books in 2020.

New legislation requiring additional identification for mailed ballots has been introduced in 10 states. Critics say the measures may disproportionately bar votes from low-income, minority and college-age voters who are more likely to lack valid identification or an ID with a current address.

Republicans pushed for the new restrictions, fanning concerns over election integrity by embracing former President Trump's false claims of voter fraud in last year's election. Those claims have been rejected by more than 50 state and federal courts - including the U.S. Supreme Court.

And though all 50 states also certified election results, Republicans have also called for election audits in multiple hotly contested states, alleging fraud. On Friday, a state judge in Georgia ruled that 142,000 mail ballots could be unsealed for inspection in Fulton County, which includes much of Atlanta.

Another heated ballot review continues in Arizona, where some Republican officials in Maricopa County say a private GOP audit is causing a split in the party.

"There's this bloodthirstiness that's going on in our party right now that I don't understand, but we have to stop it," Bill Gates, Vice Chair of Maricopa Board of Supervisors said. "This is tearing at the foundations of democracy to act in this way to treat one another this way."

One independent voter in Arizona said Republicans insistence on an audit - long after the fact - could stir a backlash against them.

"Well, I think, it's going help the Democrats. We think it's crazy. I mean, now how can people still be questioning this election. you can't fix stupid, I guess."