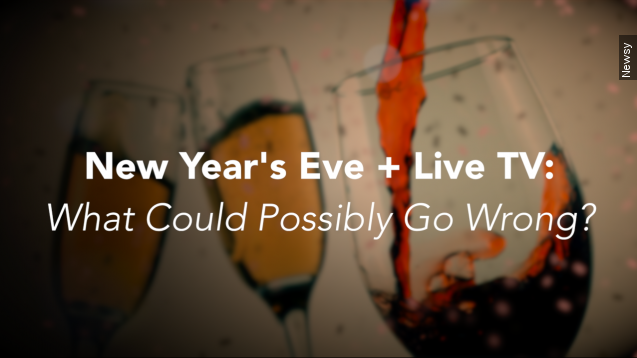 Some TV personalities celebrated by cracking naughty jokes, others by popping open the bubbly on air, but all seemed to have a good time.

Some TV hosts might be ringing in the new year with hangovers.

Some had Champagne. Some didn't. They all had fun.

Over on ABC — tame by comparison.

"Are you guys ready for 2016? Sure are! ... I'll be starting the new year with a broken eardrum," ABC correspondent Jenny McCarthy said.

It got a little more wild as the night went on.

"The last time I was in Tipitina's ... I ended up going home with not a lot of clothes on," Lemon said.

"I'm looking forward to working a lot to pay for the lawsuits against NBC, who's going to sue me after tonight," comedian Whitney Cummings said.