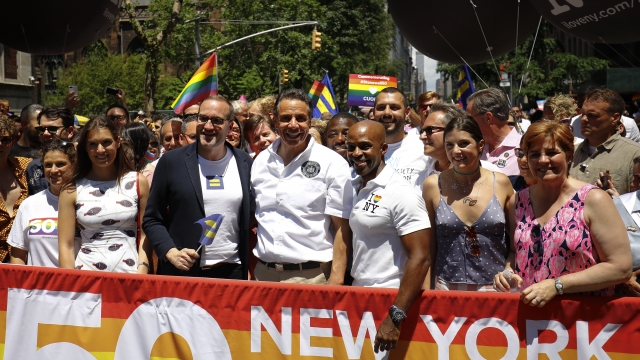 Mayor Bill de Blasio said Monday that nonessential city-permitted events, including concerts and festivals, would not go on as planned.

New York City will go without several of its annual summer events this year, including its LGBTQ pride celebration, because of the coronavirus.

On Monday, Heritage of Pride, which organizes the NYC pride event and parade, confirmed the event was canceled and said it was working on "creative ways" to celebrate, including a NYC Pride TV special. On the same day, Mayor Bill de Blasio announced all nonessential city-permitted events scheduled through the end of June, including concerts and festivals, would be canceled or postponed.

De Blasio said the city would work with events including the Puerto Rican Day and Celebrate Israel parades, and that many organizers are looking to reschedule for later in the year.

In a press conference Friday, de Blasio said: "We love those events, but what do we know about those events? It inherently means large numbers of people crowded together in a pretty small space. That's New York City, that's who we are. But guess what? That goes against everything that we need to do to fight back the coronavirus."