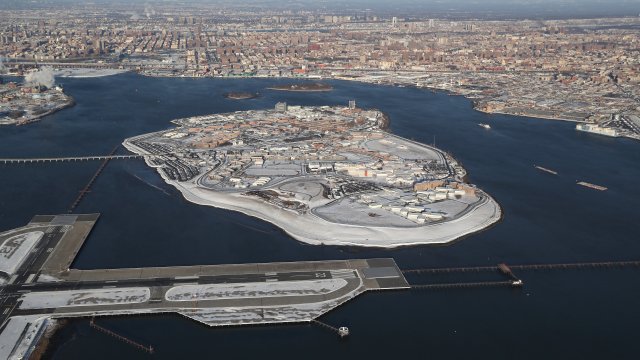 The city council approved a plan to close the eight jails on Rikers Island and build a system of smaller, borough-based jails instead.

"So, this is a plan that is about fairness and compassion, it’s about safety, it’s about valuing every human life," said NYC Mayor Bill de Blasio.

On Thursday, the city council approved a plan to close the eight jails on Rikers Island and build a system of smaller, borough-based jails instead.

According to CNN, Council Speaker Corey Johnson said, "Today is a day that the history books will look back on as a good day for New York City. ... This is a step forward, this is progress, this is the right thing to do."

The council will now move forward with the $8 billion plan, which would close the complex by 2026. The plan's supporters say the smaller facilities will be safer, more humane and easier to manage.

But many are opposed to the plan. Locals argue the new jails could hurt the quality of life in some neighborhoods. Others worry there won't be enough space to house inmates if the city's crime rate goes back up after decades of falling numbers.

Rikers Island has been a constant source of controversy for New York City, thanks to the violent, brutal conditions reported there. The complex opened in 1935 and holds most inmates incarcerated in New York City.