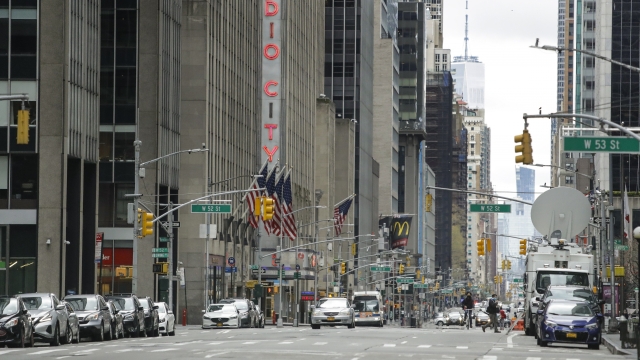 New York Gov. Andrew Cuomo said around 35,000 medical students across the state will be enlisted to help.

It's a three-step process: Test, trace and isolate. If a person tests positive for the coronavirus, a "tracer" tracks down who that person has been in contact with. If any of those people test positive, they're isolated.

"They're under quarantine," Cuomo said. "They can't go out. They can't infect anybody else."

Cuomo said testing and tracing will help save lives and let more people get back to work. But he also admitted doing it perfectly is an "impossible task" and that this has never been done before. He said they'll need a "tracing army" and that around 35,000 medical students will be enlisted to help.

The governor said Mike Bloomberg, the former mayor of New York City, along with Johns Hopkins University and Vital Strategies, has volunteered to help the states develop and implement the tracing program. Bloomberg will also donate at least $10 million to the effort.

In a statement, Bloomberg said: "We're all eager to begin loosening restrictions on our daily lives and our economy. But in order to do that as safely as possible, we first have to put in place systems to identify people who may have been exposed to the virus and support them as they isolate."

Cuomo said New York, the hardest-hit state in the country, has recently seen a "gentle decline" in the number of coronavirus deaths.