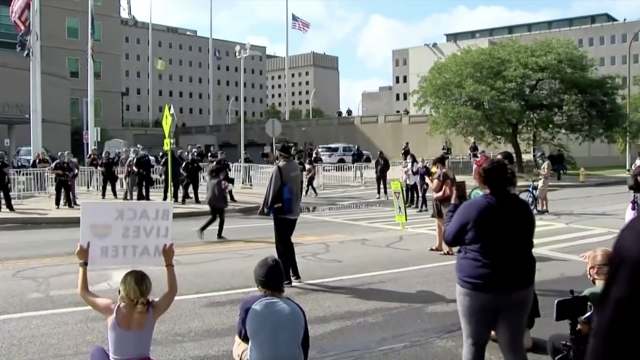 Daniel Prude died a week after an encounter with police. His family released video of the detainment Wednesday.

Protests in Rochester, New York, demonstrators are demanding charges against officers involved in the death of a black man back in March.

Daniel Prude died a week after an encounter with police. His family released video of the detainment Wednesday. We are not showing the video due to its graphic nature. It shows Prude naked with his hands behind his back.

Officers put a spit bag over his head and pressed his face into the ground for two minutes.

Medical examiners ruled his death a homicide caused by complications from asphyxia.

"Rest assured, that we are going to do everything possible to make sure that the truth comes out and that justice is held here," Rochester Mayor Lovely Warren said.