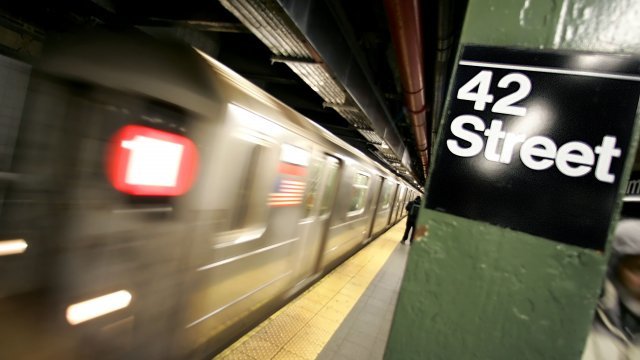 The big reveal follows a string of problems for the Metropolitan Transportation Authority — including train derailments and a power outage that stranded riders for hours in June. Shortly after that, Gov. Andrew Cuomo declared a subway state of emergency.

Governor Cuomo posed with the shark he caught and is now facing tons of backlash.

Phase 1 will cost about $840 million and it includes adding train cars with no seats to cut down on overcrowding.

It'll also be accelerating signal repairs and renovating more subway cars. Cuomo noted: "The oldest subway cars are 52 years old. They literally should be in a museum." The system itself is over a century old.

MTA Chairman Joe Lhota wants the cost of the subway makeover to be split between the city and the state, but it's still unclear whether that will happen.