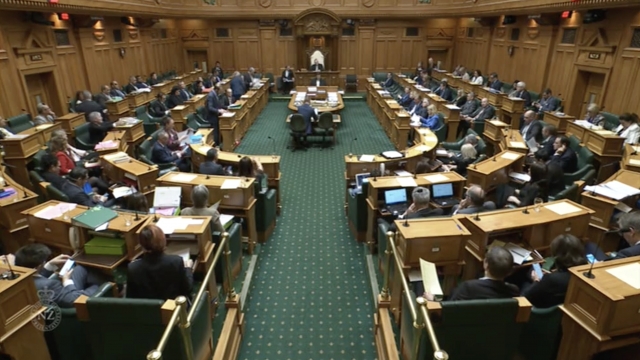 Current law in New Zealand allows a woman to have an abortion only if two doctors certify that the pregnancy would harm her mental or physical health.

The country's lawmakers voted to approve the Abortion Legalization Bill Thursday by a 94-23 vote.

Current law in New Zealand allows a woman to have an abortion only if two doctors certify that the pregnancy would harm her mental or physical health. If the woman is beyond 20 weeks, abortion is only allowed if her pregnancy is life-threatening.

The new bill would allow any woman in her first 20 weeks of pregnancy to get an abortion. Women in the second half of their pregnancy would need a doctor to certify that an abortion is needed to protect her physical and mental health.

If passed, the legislation would follow through on a campaign promise from Prime Minister Jacinda Ardern.

The bill still has a ways to go before it would become law. The next steps include a public comment period and consideration by a select committee.