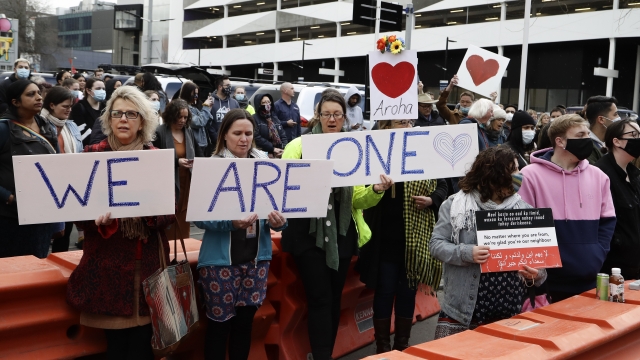 He's the first person in the country to ever be sentenced to life without parole.

The white supremacist who killed 51 Muslim worshipers in New Zealand last year will spend the rest of his life in prison without parole — the maximum penalty possible in the country.

He pleaded guilty to opening fire at two mosques in Christchurch. It was New Zealand's deadliest shooting attack. The shooter is the first person in the country to ever be sentenced to life without parole.

The judge said, "The human cost of the extraordinary harm you have done to your victims, to their families and to the whole community is beyond measure."

Survivors of the attacks, their families and supporters erupted in celebration outside the courthouse after the announcement Thursday.

"We are trying just to move on, not moving forward, and this thing will make us move on."