New Zealanders Voted For A New Flag They Might Not Use 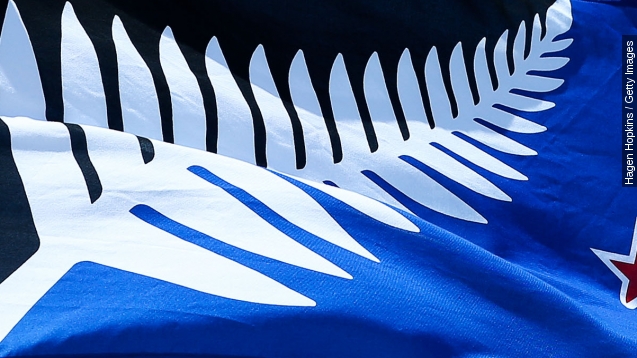 New Zealanders narrowed down ideas for a new flag, but they might end up sticking with the design they already have.

New Zealanders voted on a new flag design — just in case they decide to nix the old one.

Preliminary results say this could be the replacement.

"There's no other country that has silver ferns," one student told BBC. Another student said, "The silver fern has been representing New Zealand for over 160 years."

Flag-maker Kyle Lockwood says he wanted to create a flag that would represent all of New Zealand. (Video via Government of New Zealand)

The flag was voted on as part of the country's Flag Consideration Project. New Zealand's prime minister says he thinks the flag needs to be more distinct. (Video via Electoral Commission New Zealand, National)

But not everyone agrees. And there's a good chance people will vote for it to stay the same.

"It's got so much history behind it. I think it's of significance to a lot of older New Zealanders, especially those who fought in wars," a man told Stuff.

Voters will decide if they'll change the flag in March 2016. (Video via One News)