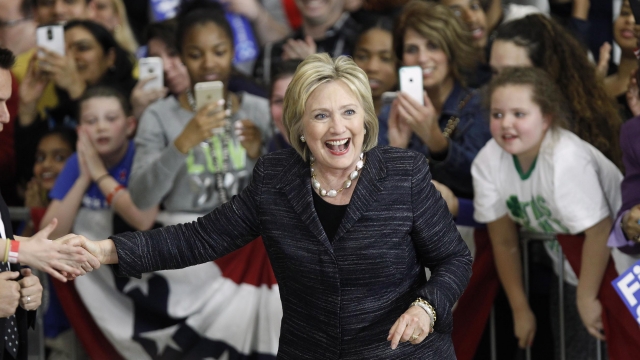 Bernie Sanders is taking the opportunity to remind everyone that he's not being pushed out without a fight.

But Clinton's camp isn't cheering quite yet. And Bernie Sanders is taking the opportunity to remind everyone that he's not being pushed out of the race without a fight.

In a press statement Monday, a Sanders spokesman said: "It is unfortunate that the media, in a rush to judgment, are ignoring the Democratic National Committee’s clear statement that it is wrong to count the votes of superdelegates before they actually vote."

It's true that superdelegates haven't officially voted yet, and they could technically still change their minds. But many see the type of shift in superdelegates that Sanders would need to win as very, very unlikely.

According to a statement from Clinton's campaign manager, they expect to win both the majority of pledged delegates as well as the popular vote in the upcoming primaries. Primaries in California, Montana, New Jersey, New Mexico, North Dakota and South Dakota take place on Tuesday.

Superdelegates are scheduled to vote in July at the Democratic National Convention.