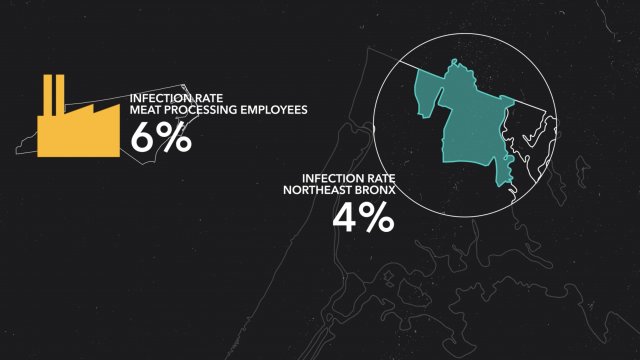 But unlike nursing homes, state health officials are not required to disclose the names of the 28 plants with outbreaks or the number of cases at each plant.

"And again, these are businesses that are not regulated by DHHS," said North Carolina Secretary of Health Dr. Mandy Cohen.

A Newsy investigation has identified 19 plants by name in the state with outbreaks, and found they impact multiple counties, not just the county where the plant is located. 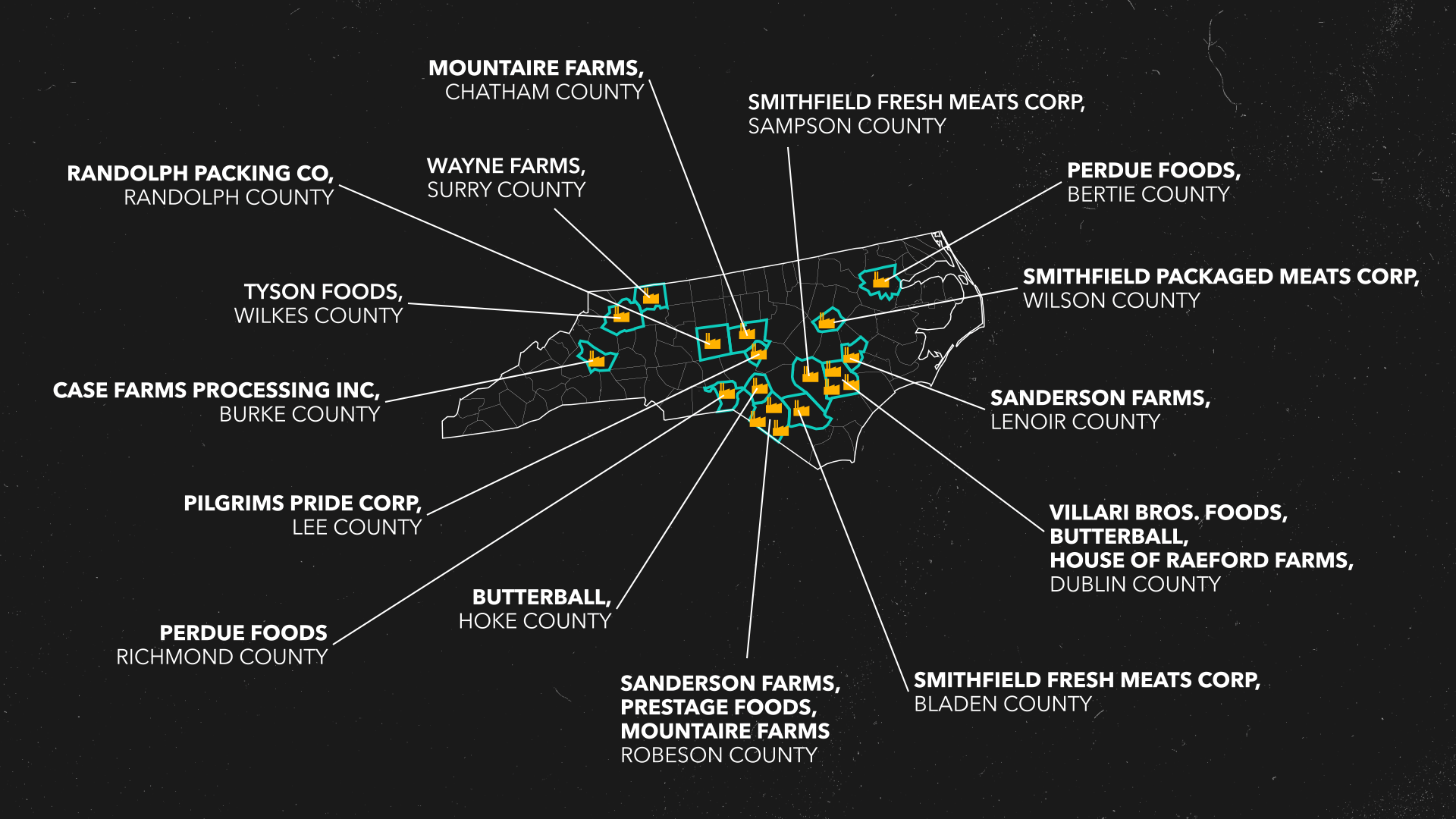 But data from five nearby counties now brings the number of positive cases to at least 110 employees at the Tar Heel plant, showing how the virus can spread from just one site.

"If I were looking for a way to disseminate the virus throughout the state, this would be a good plan, to bring together people in closed spaces, putting them very close together. And then, so there's an opportunity for spread. And then once it is spread, send them home to wherever and further disseminate. That's a pretty good dissemination plan right there," said Jim Thomas, professor of epidemiology and ethics at UNC Chapel Hill.

Newsy reached out to every county health director in North Carolina and asked them for the number of positive residents tied to meat processing plants.

Eighty-one out of 100 counties responded, and here is what we found: 12 of the 19 plants we identified with outbreaks have cases in at least one surrounding county. And three of those counties don’t have any meat processing plants at all.

Meat processing plants are mostly located in very rural areas, so the workforce is often scattered across counties.

Take the Tyson Foods plant in Wilkes County, North Carolina. Last week, Tyson announced 570 out of 2,244 employees tested positive for COVID-19 after the company provided on-site testing in early May.

Health directors in 20 out of the 81 counties that responded declined our request for information, most citing health privacy laws.

But the majority of the counties in North Carolina did give Newsy data, like Nash County. As of May 22, it has 160 positive cases. Nine of them are tied to meat processing plants in neighboring counties.

"I think transparency is extremely important. I realize we've got HIPAA restrictions and we certainly do want to protect individuals. But I think the more people know about issues the less fearful they are, yet the more vigilant they can be," said Bill Hill, health director of Nash County.

The 235 meat processing plants in North Carolina are not required to report the number of positive cases to state or local health departments. The data is either disclosed voluntarily by the plants or is collected by local health officials through contact tracing.

"You have an epidemic of virus. And because of the lack of transparency, you're getting a parallel epidemic of rumor. I think that the overall impact is going to be suspicion," said Thomas.

At the Smithfield plant in Tar Heel, workers are so desperate for information they created a Facebook group to share their test results. The plant is now conducting on-site tests, but some employees, like this one who asked to remain anonymous for fear of retribution, are skeptical.

“I don't think they'd tell us honestly if someone was positive, and that's the predominant opinion of everyone that tested. No one at this point trusts anyone or anything Smithfield says or does anymore,” said the Smithfield Tar Heel employee.

A Smithfield Foods spokesperson told us the company reports all COVID-19 cases to the CDC, state and local health officials.

Tyson leads the industry on public transparency, issuing press releases announcing the number of positive cases at its plants around the country. A Butterball spokesperson told Newsy any time an employee tests positive, the information is shared with the entire facility.

Newsy also found the number of workers testing positive now makes up almost 6 percent of the 35,000 meat processing employees in the state. To put this in perspective, at the time of this report, Northeast Bronx, the worst-hit neighborhood of New York City, has about a 4 percent infection rate.

Mark Fahey and Rosie Cima contributed to this report.