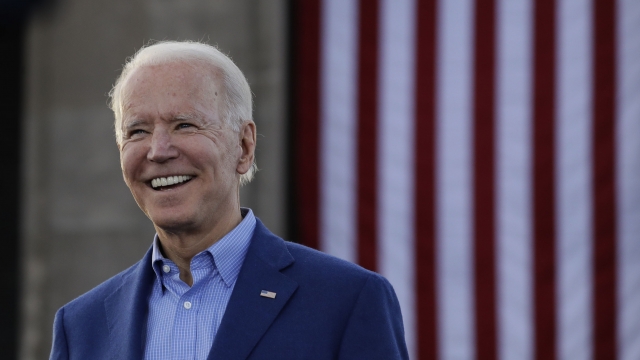 As Joe Biden prepares to pick his vice president, a new Newsy/Ipsos poll shows Democrats are enthusiastic about former 2020 candidates.

Behind the three senators ranked Stacey Abrams, a former Georgia state lawmaker who lost a close race for governor in 2018, who has recently made a high-profile pitch for the No. 2 slot.

“The conventional wisdom among Democrats has been, if you really want to excite the troops, pick Stacey Abrams,” said William Galston, a senior fellow at the Brookings Institution and a former deputy assistant in the Clinton White House. “It's not clear to me that this study does much to bolster that argument, and it may do something to undermine it.”

“What Biden has been saying now, for weeks and months, is he's going to have an administration of experts, people who are ready to govern on day one,“ said Kyle Kopko, an associate professor of political science at Elizabethtown College and the co-author of two books on the influence of vice presidential candidates.

“If he were to select a running mate who wasn't well known, then he's going to have to explain that to the American people and lay out what their credentials are,” Kopko said.

By most accounts, Biden's vice presidential search has been remarkably public. Back in March, he pledged to pick a female VP in a CNN debate.

In the past several weeks, Biden has appeared on MSNBC with Stacey Abrams, made fundraising videos with Elizabeth Warren and invited Amy Klobuchar on his podcast.

“I wouldn’t be the nominee had you not endorsed me,” Biden told Klobuchar on his "What’s the Deal" podcast released April 20. “You won Minnesota for me.”

But, as Galston points out, the process is not all public auditioning.

“In private, of course, there is an intensive and detailed vetting process underway,” he said.

The stakes for Biden’s VP pick may be higher than previous elections.

“I think that this person could be the de facto leader of the Democratic Party when Joe Biden leaves office,” Kopko said. “[Biden] hasn't said definitively if he’s going to be running for a second term.”