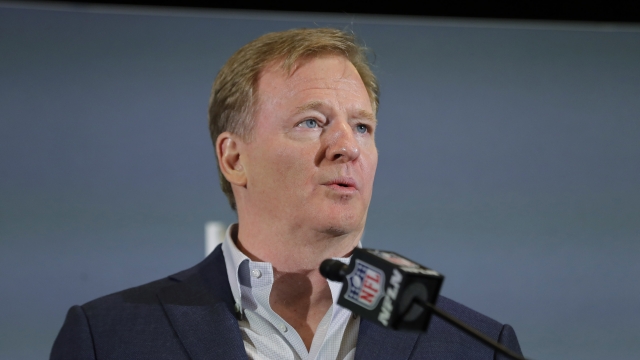 NFL Commissioner Roger Goodell said the league was wrong for not listening to players earlier and encourages all to speak out and peacefully protest.

On Friday, NFL Commissioner Roger Goodell said the league was wrong for not listening to players earlier that spoke out and took a knee during the national anthem to protest police brutality against African-Americans.

His announcement came a day after a video compilation from NFL stars was released voicing support for the Black Lives Matter movement and demanding that the league condemn systematic racism.

The death of George Floyd after Minneapolis police restrained him and knelt on his neck sparked nationwide protests regarding the same issues that former 49ers quarterback Colin Kaepernick attempted to bring to light back in 2016.

Kaepernick ignited controversy when he knelt down during the national anthem to highlight the history of police brutality and racial injustice in the U.S.

Some players and coaches later joined him in the protest gesture as critics - including Donald Trump - assailed the tactic. Some fans burned Kaepernick's jersey. And he never played in the NFL after that season.

Goodell and the NFL ultimately ordered all players and personnel to stand for the anthem while on the field under the threat of team fines. However, Goodell's latest statement is sharp departure.

"We, the National Football League, believe Black Lives Matter. I personally protest with you and want to be part of the much needed change in this country."