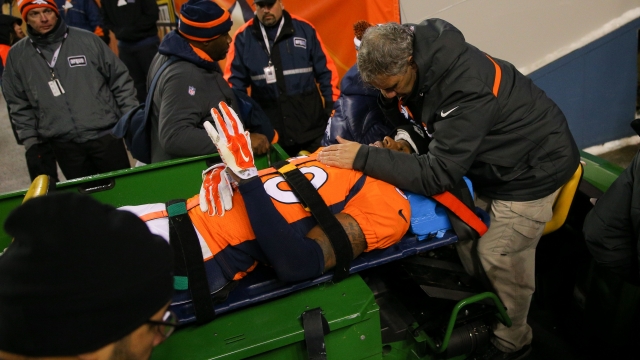 The NFL disputes a New York Times article that claims the league leaned on shoddy science to deny the link between football and CTE.

The NFL is responding forcefully to a New York Times article criticizing the NFL's handling of head injuries. The league demanded the piece be retracted, but the Times isn't backing down.

The article alleges the league ignored the potential impact of concussions on long-term health and compares the NFL to tobacco companies refusing to acknowledge the health risks of smoking.

In 1994, the NFL established the Mild Traumatic Brain Injury Committee to investigate a link between football and brain injuries. It reportedly didn’t find one, but now those results are being called into question.

The Times says the evidence used by the MTBI Committee is incomplete and ESPN reports most committee members had direct ties to NFL teams, which could be seen as unethical.

The committee put together 13 studies by asking teams to report players who sustained concussions. 887 were recorded from 1996 through 2001.

But after combing through the data and past injury reports, the Times reportedly found at least 100 head injuries were unaccounted for, including several suffered by star players like Troy Aikman and Steve Young.

Rather than denying the studies were incomplete, the NFL said it didn’t expect them to be completed in the first place, saying the research "never claimed to be based on every concussion that was reported or that occurred."

But that doesn’t line up with internal committee documents found by the Times. The committee reportedly wrote that, since each NFL team reported concussions at one point or another during the study, "all players were therefore part of this study."

Another memo the paper found said, "Any player with a recognized symptom of head injury, no matter how minor, should be included in the study." But it appears that just didn’t happen.

The NFL's aggressive response to the Times' findings is odd, considering the NFL first admitted there's a link between football and CTE this month.

And as for that retraction the NFL wanted, The New York Times sports editor Jason Stallman told Politico there’s "no reason to retract anything."