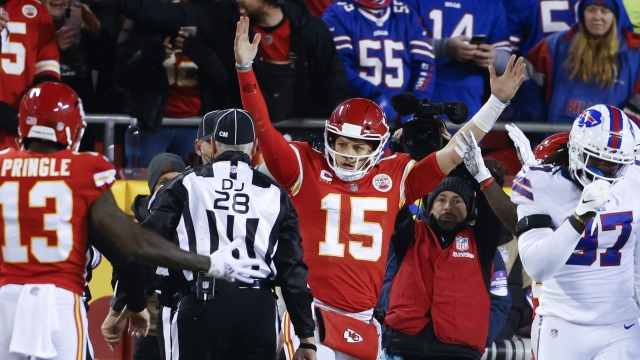 Both teams will now get at least one possession and a chance to score in the playoffs.

The NFL is changing the sometimes controversial overtime rules to guarantee each side gets the ball in the playoffs.

Concerned that the coin toss to begin the extra period has too much impact on postseason game results, the owners voted Tuesday to permanently approve a proposal presented by the Colts and Eagles.

Beginning this season, if the team possessing the ball first in overtime scores a touchdown on that series, the opponent still gets a possession. In recent seasons, that touchdown would have ended the game.

Part of the league's diversity initiative now requires all 32 teams to hire a female or minority applicant for offensive assistant coaching positions.

That second possession of overtime would extend beyond the initial 15-minute period if needed. Should that team tie the game, it then would become sudden death.

Outcries began back in the February 2017 Super Bowl when Tom Brady completed an incredible comeback from a 28-3 deficit to tie the game. The Patriots won the coin toss, marched to a touchdown and beat the Falcons.

In the 2018 season, New England won the AFC title on the first series of OT without Kansas City getting the ball.

When the same thing happened in Kansas City during this January's divisional game between the Bills and the Chiefs, won by KC, a groundswell became an uproar.

“We always listen to fans,” Commissioner Roger Goodell said. “What brought this decision was the database and the facts. When you see that, this is an issue in the postseason.”

Since the previous overtime rule was instituted for the regular season in 2012, the team that wins the coin toss has won the game half of the time (76 of 152 games). However, both teams have had at least one possession in 82% of the games (124 of 152).

Those numbers changed quite a bit in the postseason. Since 2010, when that rule was instituted for the playoffs, seven of the 12 overtime games have been won on an opening possession touchdown, and 10 of 12 have been won by the team that won the coin toss.