Here's Why The NHL Might Sit Out The Next Winter Olympics 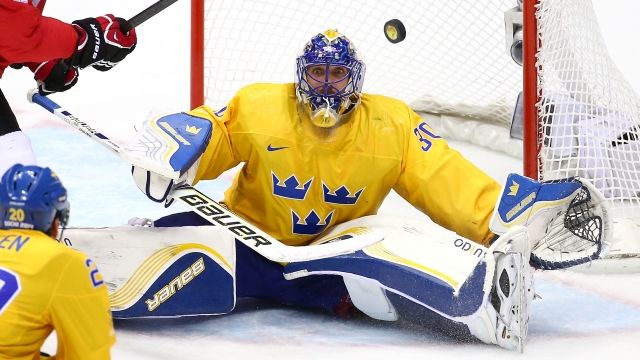 Existing problems and a new funding issue are why the league is hesitant to let its players go to the 2018 games in Pyeongchang‎, South Korea.

The NHL might skip the next Winter Olympics, even though the league's players want to go.

SEE MORE: The NHL Is Getting High-Tech With Its Pucks

There are a few reasons why the NHL is hesitant. First off, the Winter Olympics are in the middle of the NHL season, and the league doesn't like calling off two weeks' worth of games so players can go overseas.

This also explains why it isn't the players' call. They can't go to the Olympics if they have games to play back home.

Then, there's a new wrinkle: The International Olympic Committee won't cover players' costs for insurance and travel to the games, an amount valued at $10 million.

"I'm pretty sure that our teams are not really interested in paying for the privilege of disrupting our season. But, we'll have to see what they ultimately decide to do," Bettman said at a press conference in May.

The International Ice Hockey Federation says it's doing everything it can to find money to cover those costs but may have to take some funds out of hockey development programs, which the NHL isn't a fan of.

The NHL also isn't a fan of the location: Pyeongchang, South Korea. It's not exactly ideal for a league trying to promote its product.

"When you do it in a time zone that's nine hours ahead of the East Coast of North America, you're looking at games at 4 in the morning till, I don't know, 2 in the afternoon. That's not exactly prime-time exposure," Bettman said in an interview with CBC's George Stroumboulopoulos.

Bettman has said before that having the Winter Olympics in Vancouver in 2010 and Salt Lake City in 2002 was great for the league since it engaged fans in North America.

On the flip side, the 2022 games in China are an important opportunity for a sport trying to gain popularity there. But South Korea doesn't appear to be moving the needle in terms of NHL interest.

Essentially, the NHL is asking the Olympics, "What's in it for us?" So far, the league hasn't received a compelling answer.