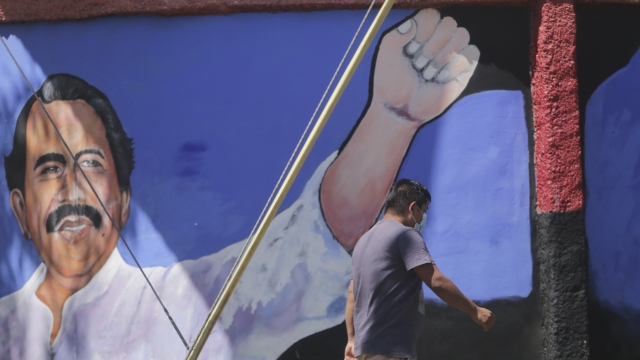 Many have decried the election as rigged after President Daniel Ortega arrested his strongest potential opponents before voting began.

Nicaraguan President Daniel Ortega was ahead by a wide margin Monday in his bid for a fourth consecutive term in preliminary vote tallies for an election widely considered rigged.

Ortega had received 75%, an apparently insurmountable total, with nearly half of polling places counting, said Brenda Rocha, president of the Supreme Electoral Council.

Trailing far behind were a handful of little-known candidates. The strongest potential opponents were in jail rather than on the ballot.

At the close of voting Sunday, the U.S. President Joe Biden called the election a “pantomime.” The country's opposition had urged voters to boycott and voting Sunday appeared light, despite Rocha's report of a turnout of 65%.

Ortega had railed against alleged interference by Washington and other “powers” in Sunday's elections to determine who holds the presidency for the next five years, as well as 90 of the 92 seats in the congress and Nicaragua’s representation in the Central American Parliament.

The ruling Sandinista Front and its allies control the congress and all government institutions. Ortega, who turns 76 on Thursday, first served as president from 1985 to 1990 while battling U.S.-backed rebels. He returned to power in 2007. He recently declared his wife, Vice President Rosario Murillo, his “co-president.”

In June, police arrested seven potential presidential challengers to Ortega on charges that essentially amount to treason. Some two dozen other opposition leaders were also swept up ahead of the elections.

The remaining contenders on Sunday's ballot were little-known politicians from minor parties seen as friendly to Ortega's Sandinista Front.

Around midday, Ortega spoke live on television. He blasted the United States for interference in Nicaragua, noted allegations of fraud in the last U.S. presidential election, reminded that those who stormed the U.S. Capitol were called terrorists and remain jailed. He repeated his claim that the U.S. government supported huge protests in Nicaragua in April 2018, which he has called an attempted coup.

In a statement released around the close of voting, President Biden called Nicaragua's election process “rigged” and said the U.S. would use the tools at its disposal to hold the Nicaraguan government accountable.

In neighboring Costa Rica, President Carlos Alvarado Quesada tweeted that his government won't recognize the election because of “the lack of democratic conditions and guarantees.”