Nigeria Is 'Prepared To Negotiate' With Boko Haram Over Chibok Girls 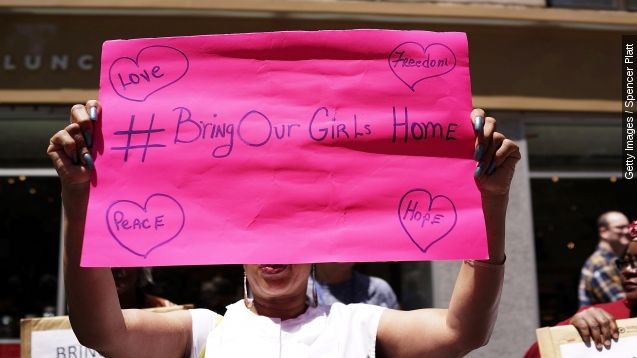 The fight to bring back the more than 200 kidnapped Nigerian schoolgirls hasn't stopped, but Nigeria's government isn't sure what happened to them.

Nigeria's president may be ready to negotiate with militant group Boko Haram for the release of more than 200 schoolgirls kidnapped in 2014.

But, at this point, President Muhammadu Buhari doesn't seem sure about what happened to the Chibok girls, who were reportedly taken from their school dorms in April by the group. (Video via Bring Back Our Girls)

"There is no form of intelligence where those girls physically are and what condition they are in,” Buhari said in a media conference.

The Chibok girls' kidnapping sparked a social media campaign and protests around the globe, as the previous president faced criticism.

Boko Haram is an Islamist militant group that has widely spread in Africa, especially Nigeria.

Buhari recently told the BBC Boko Haram in Nigeria has been defeated, but that defeat has had a caveat — the girls are still missing.

Buhari said Wednesday if Boko Haram can establish a credible leader, then he is "prepared to negotiate with them, without any precondition."