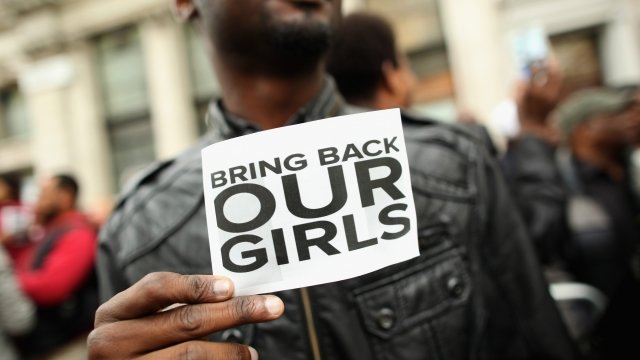 Exactly how many girls are still missing after Monday's attack on a school is still unclear.

About 80 of the more than 100 schoolgirls who were missing after a suspected Boko Haram attack have been rescued, according to Nigerian officials.

Islamist militants reportedly entered the town of Dapchi on Monday, firing shots indiscriminately and setting off explosives. Authorities said it wasn't at first clear whether any students had been abducted because many of them fled the attack.

But on Wednesday, the nation's military was able to free the many of the girls from the "terrorists who abducted them."

The number of girls still missing will be confirmed Thursday when their boarding school does an official count. Some media outlets reported two girls had died but didn't give further details. A government official was not able to confirm the fatalities.

If this sounds familiar, it's because this kind of thing has happened before.

In 2014, Boko Haram kidnapped nearly 300 schoolgirls. Even though many were released in a prisoner exchange, more than 100 are still missing.