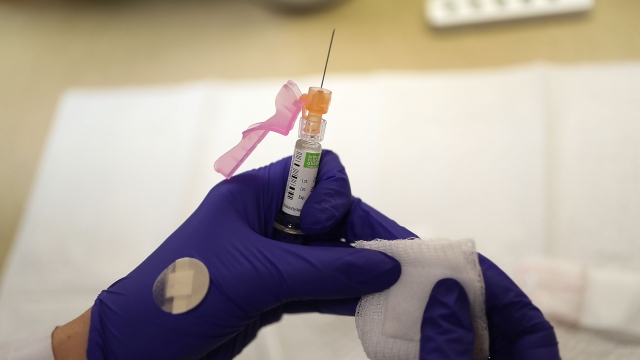 The country's top infectious disease doctor says this year's vaccine is only a 58% match for influenza B/Victoria, which most often affects kids.

The National Institute of Allergy and Infectious Diseases is reporting that this year's flu vaccine is "not a very good match" for children. That's according to the agency's director, Dr. Anthony Fauci.

According to CDC data, the vaccine is only a 58% match for the influenza strain B/Victoria, which most often affects children. This means that a child who has received this year's flu vaccine still has a pretty decent chance of getting the virus — at least 42%.

However, Fauci said the vaccine could still help protect kids from developing other complications. He has also advocated for the development of a "universal flu vaccine" that could potentially guard against every strain of the flu over multiple seasons.

Flu season typically begins in October, and this one has been particularly rough, especially for kids. The CDC has received reports of at least 32 influenza-associated pediatric deaths during the 2019-2020 flu season.

The agency reports that the flu has killed more children at this time of the season than at any other time since 2004, when the CDC first began collecting pediatric death data. The only exception to this was during the swine flu pandemic in 2009 and 2010.

The CDC recommends that everyone 6 months and older receive a seasonal flu shot. But it says some children aged 6 months to 8 years may need two doses at least four weeks apart for "adequate protection."