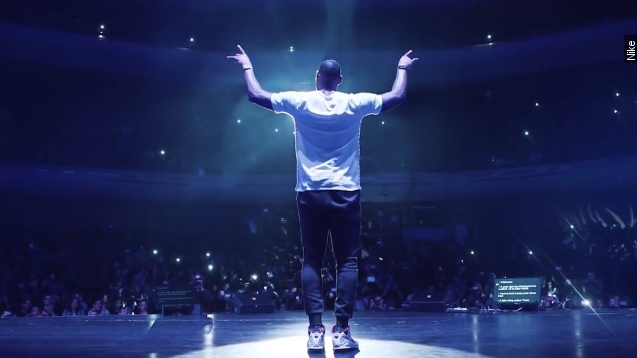 Nike first signed Cleveland Cavaliers forward LeBron James before he graduated high school, and now the company is investing in him for the long run.

Cleveland Cavaliers forward LeBron James has reportedly signed a lifetime deal with Nike –– the first deal of its kind the company has ever agreed to. (Video via Nike)

The athletic apparel-maker first signed James to a $90 million deal before he even graduated high school, but that was over a decade ago, making his continued demand even more impressive. (Video via Nike)

It could be a gamble for Nike to trust any athlete to keep its name pristine for such a long time; that being said, James has largely avoided controversy during his more than 12 years as a pro. (Video via Fox Sports Ohio)

The four-time MVP joins Chicago guard Derrick Rose as one of few NBA players to sign on with a brand for life. Rose has had a "lifetime" deal with Adidas since 2012.

James also, in a way, catches up with Michael Jordan who didn't officially get a lifetime deal, but did get his own namesake brand which is still making new shoes and apparel. (Video via Jordan)