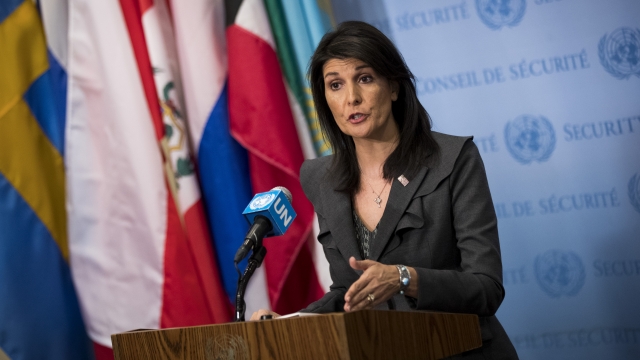 In her new book, the former U.S. Ambassador to the United Nations says Tillerson told her people would die if President Trump was unchecked.

In her new book out Tuesday, Haley details how former Secretary of State Rex Tillerson and former White House Chief of Staff John Kelly attempted to recruit her in an effort to "save the country." Tillerson reportedly told Haley people would die if President Trump was unchecked.

In an interview with "CBS Sunday Morning," Haley said: "To undermine a president is really a very dangerous thing. And it goes against the Constitution and it goes against what the American people want. It was offensive."

In response to the book, Kelly told the Washington Post that if providing the president "with the best and most open and legal and ethical staffing advice from across the [government] so he could make an informed decision is 'working against Trump,' then guilty as charged."

As of Monday morning, Tillerson had not commented on the book. President Trump congratulated Haley on the book on Twitter Sunday and encouraged people to order a copy.