Nintendo Files A Patent For Weirdest Controller Yet 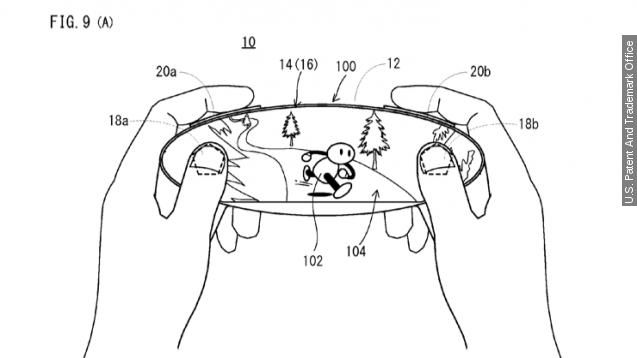 Nintendo's patent for a mostly touchscreen controller might mean it's about to repeat the mistakes from the Wii U on its next generation console.

The controller for Nintendo's next console might be its strangest yet.

A patent filed by Nintendo suggests the controller will be shaped like a typical controller but will mostly consist of an oval touchscreen with just a few physical buttons. The pictures in the patent show gameplay will take up the entire screen some of the time, and other times it will simply be made of touchscreen buttons.

It's way too early to know what Nintendo plans to do with this — if it does anything at all. But there's a lot of speculation it could be used for the NX, its next generation console. (Video via Nintendo)

It's an interesting concept, but if this is the main input device for the NX, it feels like Nintendo might be repeating a mistake it's made before.

The Wii U ships with a controller that’s basically a tablet. And with only a few titles, like "Super Mario Maker," taking advantage of the touchscreen, it’s largely been ignored by developers.

Nintendo is notorious for having trouble attracting third-party developers to its platforms, and one of the reasons commonly suggested is the Wii and Wii U's controls aren't the easiest to adapt games for. (Video via Nintendo)

The lack of third-party games could be part of the reason why Sony's PlayStation 4 is dominating the video game market. (Video via Sony)

Nintendo has said it won't release any solid details about the NX until next year.