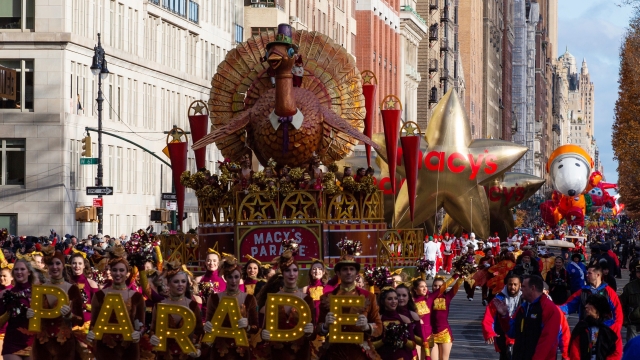 Macy's is working with New York City agencies to ensure the area is locked down.

Macy's showed off some of its new balloons for its annual Thanksgiving Day Parade in New York.

Some of the new balloons include are the Boss Baby and Red Titan from "Ryan's World."

New floats also include a tribute to women in stem fields — science, technology, engineering and math.

And this year, there will be no spectators on the parade route.

"We'll be working very closely with the New York City agencies, NYPD and the mayor's office to ensure that the area where we will be filming will be locked down. So we're encouraging everybody to please stay at home. It's the safest way to view this parade and watch it from your televisions, like the rest of the country."

This will be the 94th year for the parade and it will take place on Thursday, Thanksgiving morning.