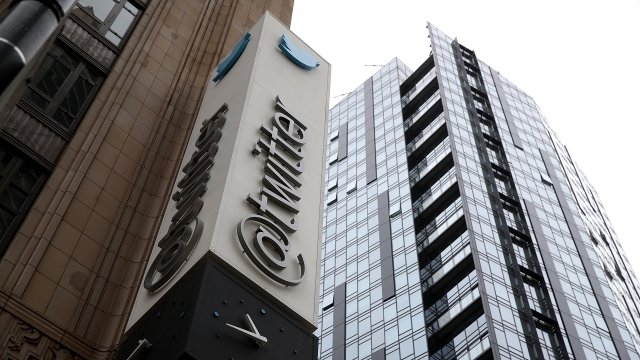 An article said Twitter was leaking the president's private messages to the Department of Justice and was caught in an "undercover sting." Nope.

There's an old debunked headline making the rounds again. And it's as wrong now as it was when it first hit the web.

That is a gross misrepresentation of what happened.

The article references a video from Project Veritas, a widely discredited group that secretly records videos and churns out wildly deceptive content. It's the same group that sent a woman to The Washington Post last year and had her pose as a Roy Moore accuser. It was an attempt to thwart The Post's actual investigation, and it failed.

The Twitter video was heavily edited, so it's hard to put comments in the context of broader conversation. But at one point, the Twitter employee Project Veritas is talking to, Clay Haynes, starts talking about the president's tweets and the Russia investigation.

"We're more than helping ... we're more than happy to help the Department of Justice in their little investigation," Haynes, a senior network security engineer at Twitter, said.

"Basically, giving them every single tweet that he's posted, even the ones he's deleted," Haynes responded. "Any direct messages, any mentions, oh yeah."

Later in the video, Haynes talks about the subpoena that would be needed for the company to hand over records. There are no reports one exists.

Beyond that — Haynes never said Twitter is working with the DOJ, only that it would. And Twitter was quick to say Haynes was having what he thought was a personal conversation and wasn't speaking for the company.

Plus, Twitter wasn't actually caught leaking anything in the video. It was a conversation. So the original headline is way off.