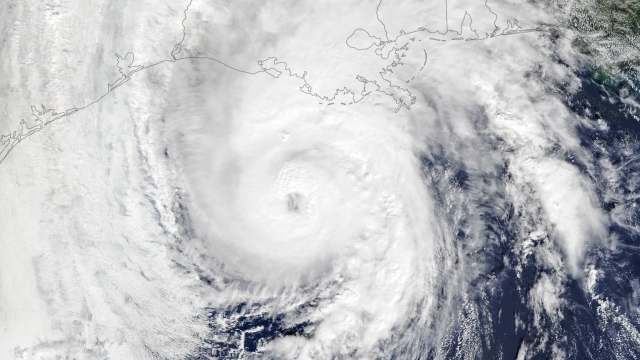 Adam Smith. I'm an applied climatologist with NOAA: "What we've seen over the last several years are rising trends in different types of extremes in different parts of the countries.

I'm Adam Smith. I'm an applied climatologist with NOAA. And I study the interface between extreme events, risk, costs and the science about all of these events.

Since 1980, the United States has found that we've been impacted by 285 of these billion dollar whether or climate disaster events. And the total cost for these 285 events approach $2 trillion in 2020 dollars.

The reason that these disasters are increasing in cost and frequency are for three reasons that intersect:

One is exposure, we have more people and more assets in harm's way.

Two, we have more more vulnerability, where we build, how we build. We saw that in Texas.

And three, of course, climate change. Climate change is playing an increasing role in increasing frequency of some of these extremes that lead to billion dollar disasters.

Claire Brunel, assistant professor at American University's School of International Service: "Climate change is the fact that we have emissions in the atmosphere that are changing weather patterns. And it's expected to be one of the major costs of climate change. And what we've seen so far was last year you had $7 billion hurricanes that happened in just one year. And some of them had actual costs that were quite far above $1 billion."

Brunel: "If you think of the damages of climate change, as a whole, in the U.S., estimates range quite broadly — somewhere between  0.5 and 4% of GDP. So if we take 2% as a kind of median number, this is equivalent to the growth of the economy annually. So we're basically saying, the cost of climate change is going to be how much we grow every year. It's going to cancel out completely. And so we're not going to be able to grow anymore."

Ian Giammanco, lead research meteorologist at the Insurance Institute for Business and Home Safety: "Part of my job as a scientist is to understand all the characteristics about the hazards we deal with with severe weather.

"We test building products in their small scale using very meticulous tests. And our goal is really to mimic the effects of severe weather the best we can and a lab environment to show what we can do, where buildings are struggling, where they're doing well and what are the steps to really take a bite out of all this damage that we see year after year," he said.

"As we look as our climate changes, it's so critical that we adapt now to the weather we face," said Giammanco. "Because we know it's just going to get worse in the future."

The cold wave winter storm event that really impacted Texas and even other states around Texas, will likely be the most costly winter storm on record for the United States, almost certainly, we don't really have data for that yet. The energy infrastructure wasn't ready for such a cold blast, a cold wave."

Giammanco: "You basically started with a significant Arctic cold outbreak. For somebody who lives in the south, you know, we don't necessarily look to design our structures to withstand the cold that you would see in, say, Minnesota, we had a prolonged cold spell."

Brunel: "Humans adapt, right? And so I find that to be kind of a positive. The problem is that it tends to happen only when you're faced with extreme circumstances, when really we should be adapting right now and reducing our consumption of pretty much everything."

Smith: "It's almost like we're saying every year is a historic year. We're running out of adjectives. I don't think that these trends will slow down anytime soon."