High-Tide Flooding Is Reportedly Hitting Record Rates In The US 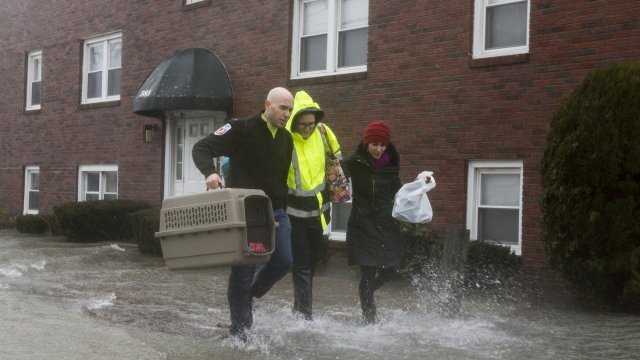 The increase in high-tide flooding in U.S. coastal areas is primarily due to sea-level rise, according to a new report from NOAA.

High-tide flooding in U.S. coastal regions is happening on average at twice the rate it was 30 years ago, according to a new report by the National Oceanic and Atmospheric Administration.

The report says the increase in this kind of flooding, which is also known as "nuisance flooding," is primarily due to sea-level rise.

From May 2017 to April 2018, tide gauges at nearly 100 U.S. coastal locations indicated the nationwide average annual frequency of high-tide flooding was six flood days, which NOAA says is a new record.

Some of the locations that experienced the most days of high-tide flooding were Boston and Atlantic City, New Jersey, which each had 22.

NOAA says as sea levels rise, it expects annual flood records to be broken "next year and for decades to come ... and likely at an accelerated rate."