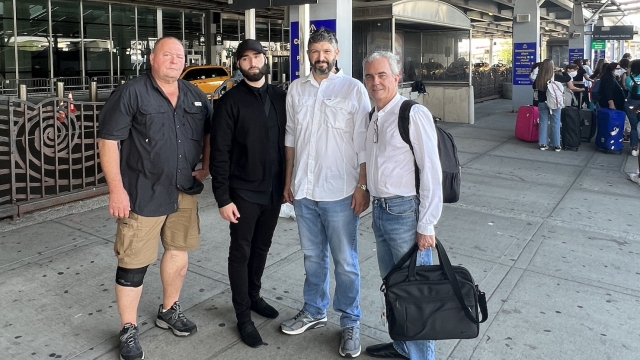 To date, Project Dynamo has rescued more than 3,000 people from Ukraine.

Three Americans are back in the U.S. after spending months in Russian-occupied parts of Ukraine.

They arrived at JFK International Airport in New York Friday, July 15, as a part of a rescue mission carried out by Project Dynamo.

Project Dynamo is a non-profit organization of veterans who, in total, have rescued more than 3,000 people from the war-torn country through more than 200 missions since Russia’s invasion in February.

The Co-Founder of Project Dynamo, Bryan Stern, along with Kirillo Alexandrov, John Spor, and Terry Gateley – the three Americans who were rescued from Ukraine – join Newsy to share their stories.