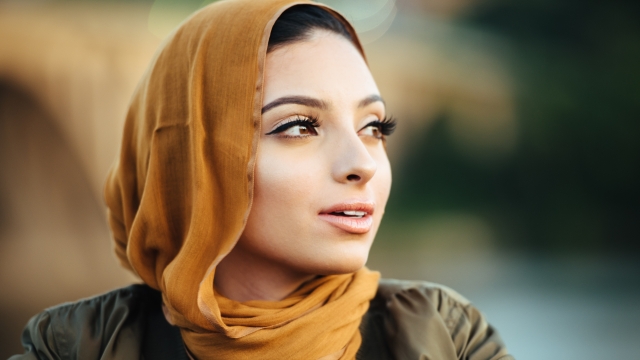 Newsy's Noor Tagouri is used to pushing boundaries. Her interview with Playboy brought backlash but also brought her message to a new audience.

"What better way to take back the narrative than on the frontlines of an industry or publication that's known to objectify women, and be like, 'OK. This is me. I'm doing this on my terms, wearing what I want, saying what I want and standing up for what I believe in,'" Newsy's Noor Tagouri said.

This Muslim-American woman isn't afraid to break the rules. Now, she's in the pages of Playboy. The magazine featured Tagouri in its "Renegades" issue. It's part of Playboy's "no-nudes" overhaul. The interview got a lot of attention (and some backlash).

"The audience for this magazine might be an audience that's not used to seeing women who look like you in those pages," Zach Toombs said. "That had to mean something. This is a different audience that maybe you can make an impression with."

Hugh Hefner's son, the chief creative officer of Playboy, says it's different this time around.

"I talk a lot about combating the objectification of women and combating the sexualization of women in media today," Tagouri said. "For me, the way that you're going to create actual change is if you're going to reach a new audience that normally would never hear anything from a Muslim-American woman and has already the stereotype in their heads of what we look like, how we speak, what message we have, and breaking that.

"To me, this wasn't compromising my identity or compromising my morals or beliefs, because I was bringing them to the table. My faith and my beliefs and who I am as a person is the reason I chose to do this."