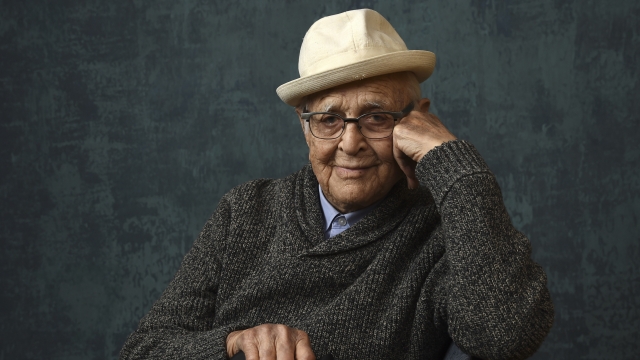 Norman Lear's shows have touched on topics many other shows wouldn't have in their day, like race, gender, sexuality and abortion.

Norman Lear is about as old as television itself. One might might say they grew up together.

Lear — the producer, writer, director and creator of some of the medium’s most groundbreaking shows — celebrated his 100th birthday Wednesday.

“My characters have lived a multitude of lives, as have I," Lear once said.

Lear grew up in New Haven, Connecticut as the son of a salesman who would serve time in prison for fraud and who would shush his wife with a phrase that would become famous: "Stifle yourself."

No topic was off limits. Whether it be race, gender, sexuality, crime or abortion, his shows often reflected the fears of a middle-class America feeling the ground shift.

The heaviness was lightened by humor, often at the expense of the patriarchy.

In 1999, then president Bill Clinton awarded Lear the National Medal of the Arts, saying Lear "has held up a mirror to American society and changed the way we look at it."

Lear has continued working in entertainment even at the century mark, launching shows like a re-imagined “One Day at a Time” on Netflix featuring a Cuban-American working mother.

In between, he became one of the political left’s funniest champions, founding the First Amendment advocacy group “People for the American Way” in 1981.

An eager adopter of social media, Lear tweeted out his thoughts on turning 100 to his 82 million followers.

“I think it has something to do with appreciating the moment," Lear said. "This is the moment, and it took every split second of all of our lives to get to the moment.”