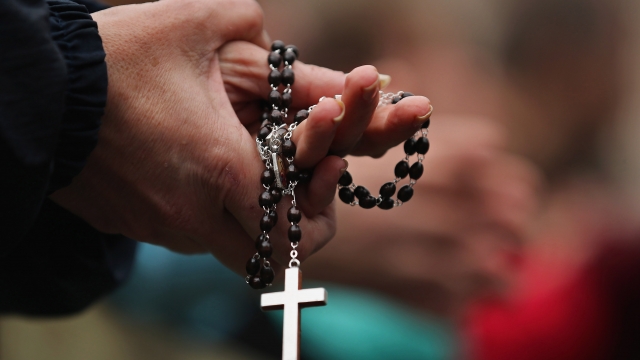 The Diocese of Charlotte published a list of 14 clergy members credibly accused of child sexual abuse since the diocese was established.

The Diocese of Charlotte, North Carolina, published a list of 14 clergy members "credibly accused of child sexual abuse" since the diocese was established in the 1970s.

Bishop Peter J. Jugis released the list of alleged abusers in a statement on Monday. Six other clergy members are accused of abuse in western North Carolina, before the Diocese of Charlotte was established. Another 23 were accused of misconduct while working for the church at other locations across the country. None of the accused remain in the ministry and many have died, while six have been convicted.

The bishop apologized to the victims, saying, "It is painful to even try to comprehend such gravely immoral behavior ... However, in speaking with survivors and hearing their stories, it is clear to me that making known the names of their abusers can promote healing for them and their families. I pray this step achieves that goal."

According to Bishop Jugis, the investigation of these clergy members began over a year ago. Independent investigators reviewed 1,600 personnel and other historical records spanning the last 50 years.

The bishop assured the community that there is no clergy member currently serving in the Charlotte diocese that has been credibly accused of child sexual abuse. The diocese has had protocol for reporting sexual abuse since 2002, but Jugis also said the diocese is establishing its own hotline to make it easier for people to report abuse.