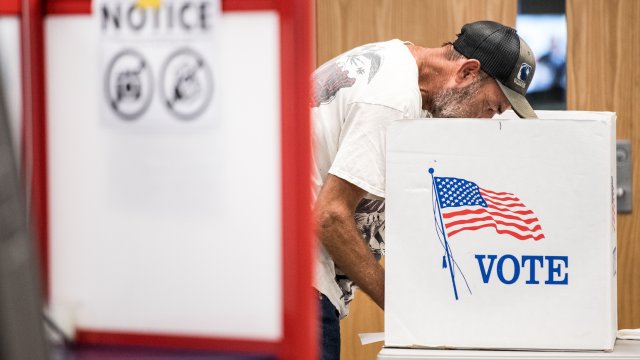 The three-judge panel said there's a "strong likelihood" voters could prove beyond a reasonable doubt GOP-drawn districts were gerrymandered.

A Superior Court issued a preliminary injunction against it Monday, saying there's a "strong likelihood" plaintiffs could prove beyond a reasonable doubt the districts are "extreme partisan gerrymanders" favoring Republicans.

The judges went on to say the state's legislature should "adopt an expeditious process" to redraw the map.

The State Congressional Board set a deadline for new lines for December 15.

The judges said they may delay all or some of the primaries if lines aren't redrawn in time.

GOP members currently hold 10 of 13 state congressional seats, yet the state's popular vote showed a near split between Democratic and Republican votes.

The lawsuit is backed by the National Democratic Redistricting Committee. It's headed by former Attorney General Eric Holder.

He tweeted about the injunction calling it a "significant victory for the people."