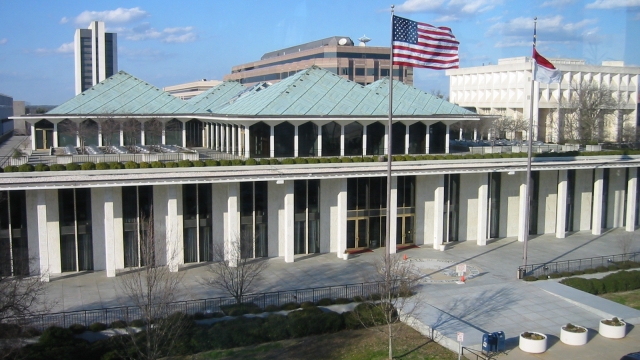 North Carolina doesn't have any statewide measures in place to prevent LGBTQ discrimination. And in just a matter of hours Wednesday night, a bill signed by the governor blocked local municipalities from providing those protections as well.

The bill, given the shorthand H2, seems to be a direct response to a Charlotte ordinance permitting transgender people to use facilities associated with their gender identity. Proponents of the bill claim ordinances like the one in Charlotte could allow sexual predators to attack women in bathrooms.

Gov. Pat McCrory said in a statement, "The basic expectation of privacy in the most personal of settings, a restroom or locker room, for each gender was violated by government overreach and intrusion by the mayor and city council of Charlotte.”

Opponents of H2 disagree, saying there's no proof of that claim. The Human Rights Campaign released a statement saying that the "law is a direct attack on the rights, well-being and dignity of hundreds of thousands of LGBT North Carolinians and visitors to the state."

Opponents of the bill also claim H2 could be unconstitutional and a violation of federal law.

Title IX provides protection to transgender students who attend schools that receive federal funding. By forcing students to use restrooms inconsistent with their gender identity, North Carolina could be risking billions of dollars expected for 2016.

According to the American Civil Liberties Union, more than half of U.S. states lack laws that provide anti-discrimination protections to members of the LGBTQ community.