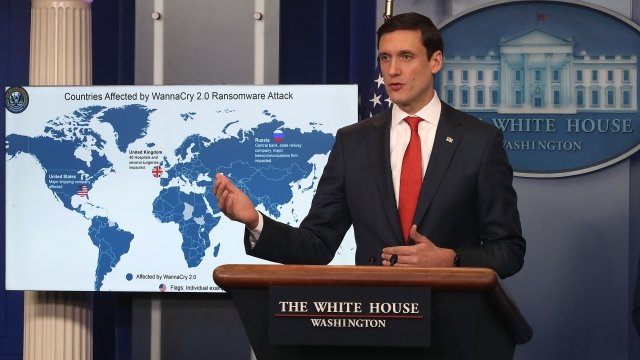 According to state media, a spokesperson for Pyongyang's Ministry of Foreign Affairs said the country had nothing to do with the cyberattack.

North Korea isn't too happy the U.S. blamed the country for the WannaCry ransomware attack that happened earlier this year.

According to state media, a spokesperson for Pyongyang's Ministry of Foreign Affairs said the country had nothing to do with the cyberattack, which infected hundreds of thousands of computers worldwide.

The spokesperson added the North won't tolerate "reckless" accusations by the U.S. But it's unclear exactly how it may retaliate.

Bossert later elaborated during a White House briefing with reporters.

"Some of the benefit that comes from this attribution is letting them know that we're going to move to stop their behavior," Bossert said.