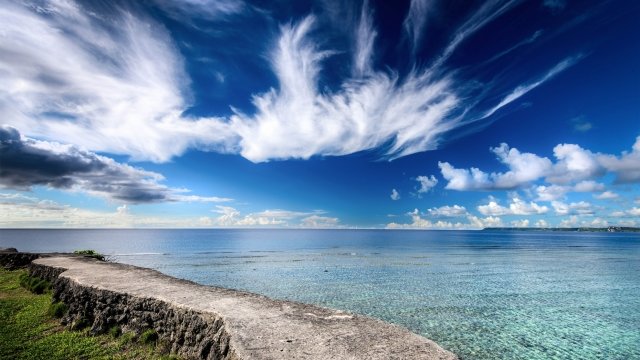 If North Korean leader Kim Jong-un OKs the strike, the country says it plans to send Hwasong rockets above Japan that will land near Guam.

North Korea says it's planning a ballistic rocket strike near Guam — and now that threat comes with some details.

A spokesman for the North's Korean People's Army said earlier this week the country was strongly considering sending Hwasong-12 rockets to the area in an "enveloping strike" into the seas around the U.S. territory.

Now a KPA commander confirmed a plan would be ready by mid-August; then, it would be just a matter of approval from the country's leader Kim Jong-un.

Why This Tiny US Island Is North Korea's Newest Target

Guam has gone from a vacation paradise to a ballistic missile target, thanks to an ominous threat from North Korea.

"North Korea best not make any more threats to the United States," Trump said. "They will be met with fire and fury like the world has never seen."

The KPA commander says "sound dialogue is not possible with such a guy bereft of reason, and only absolute force can work on [Trump]."

The news comes days after The Washington Post reported North Korea developed a miniaturized nuclear warhead that could fit in a missile.

If Kim Jong-un gives the thumbs up, the North says it plans to send Hwasong rockets above Japan landing 30-40 km from Guam.