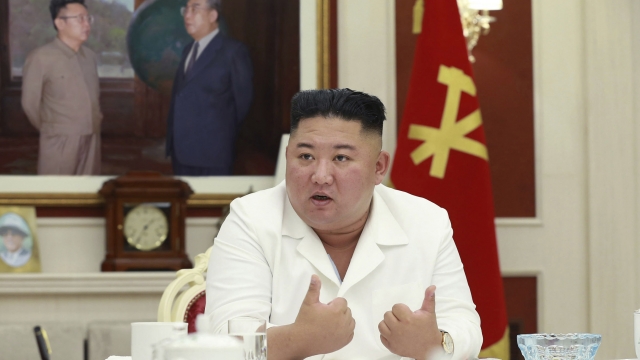 Health officials outside of North Korea believe there are more COVID-19 cases than the country is publicly reporting.

North Korea is heightening efforts to contain the coronavirus after long-standing claims it hasn't had COVID-19 infections amid the global pandemic.

According to government officials, thousands of people are being quarantined in the city of Kaesong.

North Korea says its first case was reported there in July. Kim Jong Un ordered a total lockdown of the city and imposed its "maximum emergency system" after someone experienced COVID-19 symptoms. State media said the suspected case was a North Korean who had fled to South Korea and then returned to Kaesong.

However, health officials outside North Korea believe there are more COVID-19 cases than the country is publicly reporting. On Thursday, the Korean Central News Agency said 550,000 aid items were sent to Kaesong along with health workers and sanitized personnel and goods.

Additional reporting by Hyung-Jin Kim of The Associated Press.