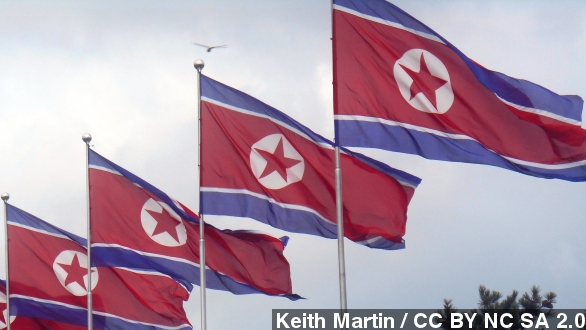 U.S. officials have considered designating North Korea as a state sponsor of terror, as it did before 2008.

President Obama has pledged a "proportional response" to the hack on Sony Pictures, which U.S. officials believe North Korea is responsible for.

One response that's reportedly been considered is returning North Korea's designation as a state sponsor of terrorism. (Video via CNN)

The hermit nation had that designation until 2008, when it was lifted during the Bush administration's negotiations over the country's nuclear program. (Video via Euronews)

Although this latest incident with Sony over a satirical movie borders on absurdity, North Korea has been at the center of devastating terror plots in the past.

In 2010, a North Korean submarine torpedoed a South Korean ship and sank it, killing 46 people on board. The South and North have always had rocky relations, but this attack put a stop on a decade of aid provided to the North from the South.

The most devastating attack was the 1987 bombing of Korean Air Flight 858. All 115 people aboard the flight heading to Seoul, South Korea, were killed. It's believed the North hoped the bombing would scare people away from the 1998 Summer Olympic Games that were to be held in Seoul.

Prior to that, in 1968, North Korea seized the U.S. intelligence-gathering ship Pueblo and took the 83-person crew captive for nearly a year. One crewman died in the initial attack, while the others were eventually returned to the U.S., but not before the ship's captain was forced to sign a confession that his ship was spying on the country.

The Pueblo is still on display in North Korea's capital, Pyongyang, as a tourist attraction.

Incidents like these have slowed in the past few decades, and it's unclear why North Korea would be returning to active terror plots now — especially since China, North Korea's most important ally, has increasingly strong ties to the West.

A Washington Post reporter writes, "Coupled with issues surrounding Kim's legitimacy and pressure from the United Nations over North Korea's human rights record, it appears North Korea may have felt it necessary to lash out."

Chinese officials have stood by North Korea, saying there is no proof of its involvement in the hack. North Korea continues to deny responsibility but has publicly praised the attacks.