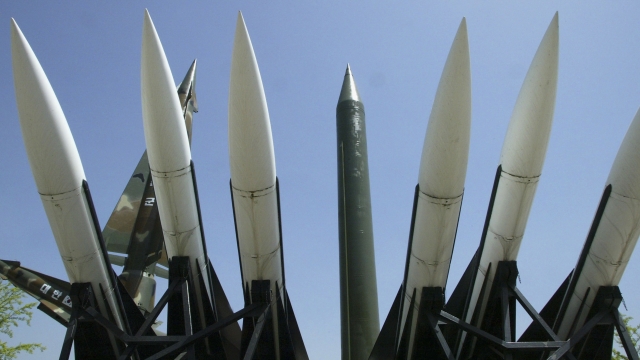 Officials say North Korea did not give any warning prior to the launch.

North Korea reportedly launched not one, but three missiles toward Japan Monday morning.

According to South Korea's military, the missiles were fired from an area south of Pyongyang and flew more than 600 miles, landing in Japan's air defense identification zone.

Officials say North Korea did not give any warning prior to the launch.

It appears the country was attempting to flex its military muscle as world leaders, including U.S. President Barack Obama, continue to meet for the G-20 summit in China.

The White House condemned the launch, calling it "reckless" and saying it could "pose threats to civil aviation and maritime commerce in the region."

North Korea has been banned from conducting missile tests, but that hasn't stopped them from launching several lately.

Another launch reportedly happened just two weeks ago when the country fired a ballistic missile from a submarine off its eastern coast.