N. Korea Launched Another Missile, And The US Is Done Talking About It 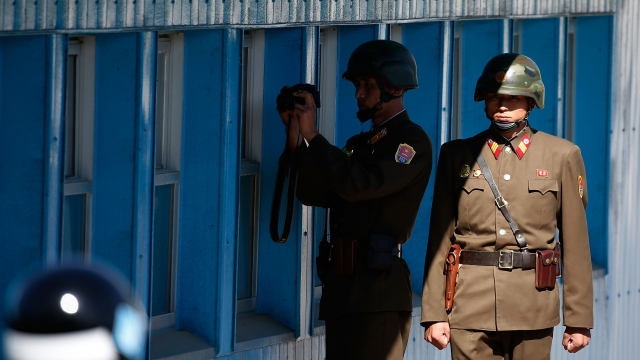 The missile was fired from land and traveled about 37 miles and fell into the Sea of Japan.

So far this year, North Korea has fired a half dozen ballistic missiles. In 2016, the North tested 24 missiles and did two nuclear tests.

Secretary of State Rex Tillerson has said "all options are on the table" when it comes to North Korea.

U.S. Secretary of State Rex Tillerson says military action against North Korea is "on the table" if the country continues to develop nuclear weapons.

After the launch, Tillerson issued a terse statement, simply claiming the U.S. has "spoken enough" about the North and had no further comment.

President Donald Trump has said the U.S. would go after North Korea alone if it must.

A Chinese diplomat said the meeting between Trump and Xi was of "utmost importance" for "promoting peace stability and prosperity" across the globe.