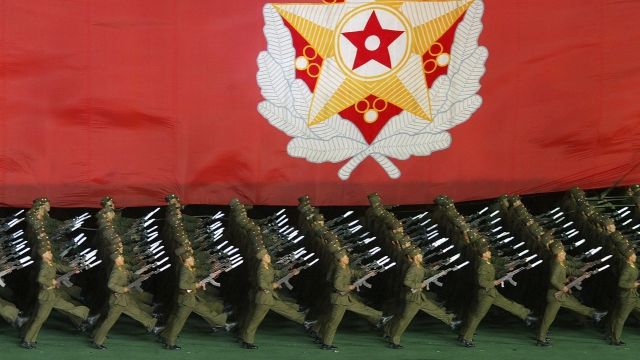 North Korea celebrated the anniversary of the founding of its military Tuesday by conducting a huge, long-range artillery drill.

North Korea marked the anniversary of the founding of its military Tuesday by conducting a huge, long-range artillery drill.

According to a report from South Korea's Yonhap news agency, the drill involved up to 400 artillery pieces and may have been supervised by the country's leader, Kim Jong-un.

Experts had originally thought North Korea would carry out a nuclear test or ballistic missile launch to celebrate the anniversary.

It's not uncommon for North Korea to use important national holidays to show off its military might.

All 100 Senators Invited To White House For North Korea Briefing

Senate Majority Leader Mitch McConnell convened the briefing, but it's still unusual for the entire Senate to meet up at the White House.

For example, April 15 marked the 105th birthday of the country's founder.

To commemorate the occasion, the North held a massive military parade to flaunt what are believed to be new intercontinental ballistic missiles.

And the very next morning, it launched a ballistic missile that quickly failed after liftoff.

In addition to Tuesday's military exercises in North Korea, navies from both South Korea and the U.S. held drills in the Yellow Sea.