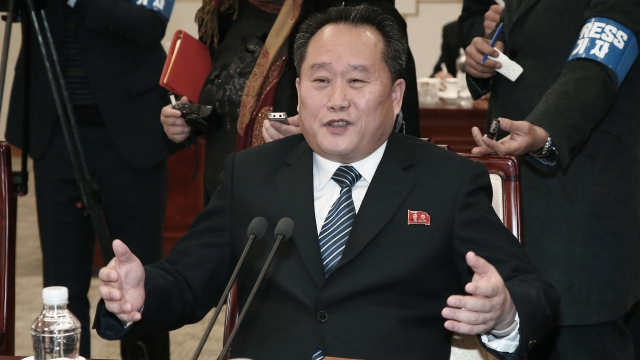 Ri Son-gwon is a retired army officer with a reputation for being harsh and uncompromising.

North Korea's named a new foreign minister — a retired army officer with a reputation for being harsh and uncompromising. North Korea reportedly informed foreign diplomats of the appointment of Ri Son-gwon last week, and it was confirmed by state media Friday.

While Ri has been a leader in inter-Korea relations for 15 years, he lacks experience with foreign relations. He's a surprising pick amid stalled nuclear talks with the U.S., especially since he's replacing a career diplomat who had been involved in the talks since 2018.

But as negotiations have continually broken down, the shift in leadership could indicate that the North will take a harsher stance with the U.S. And, the move comes soon after North Korean leader Kim Jong-un said he no longer feels bound to his self-imposed suspension of nuclear and long-range missile tests.

An analyst told the Associated Press that Ri's appointment will make it "difficult to expect meaningful progress in North Korea-U.S. diplomacy."