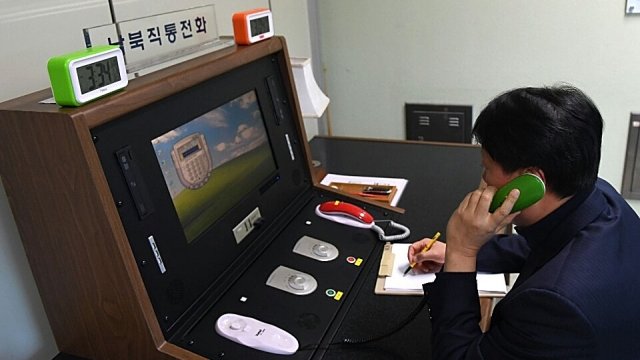 A key communication line between North and South Korea is up and running for the first time in nearly two years.

According to several reports, the two countries later made contact over the hotline for 20 minutes to make sure it was operating correctly.

A meeting could happen as soon as next week.

The move came two days after Kim Jong-un extended what seemed to be an olive branch to South Korea during his annual New Year's Day speech.

He sent his well wishes for the Winter Olympics in Pyeongchang and offered to send a delegation to participate in the games.

South Korea responded by proposing high-level talks between the two countries on Jan. 9. As of Wednesday morning, no word yet on if that meeting will happen.