North Korea Says It Has A Hydrogen Bomb, Rest Of The World Not So Sure 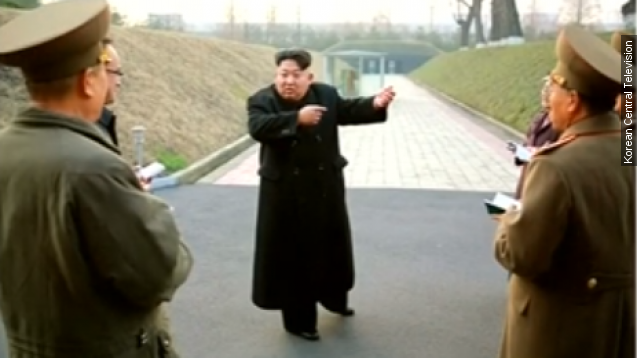 North Korea's leader said the country has a hydrogen bomb. That comment was met with open skepticism around the world.

Officials around the world are dismissing the idea that North Korea has a hydrogen bomb. (Video via Korean Central Television)

It's all in response to comments the North Korean leader made Thursday about his country's nuclear capabilities. (Video via CBS)

According to state-run media, the dictator said the country is now "a powerful nuclear weapons state ready to detonate a self-reliant A-bomb and H-bomb to reliably defend its sovereignty and the dignity of the nation.” (Video via NBC)

The New York Times notes a state-run newspaper claimed in 2010 the country was in the middle of developing the technology.

The White House addressed the claims in the daily press briefing. "The information that we have access to calls into serious question those claims, but we take very seriously the risk and the threat that is posed by the North Korean regime in their ambitions to develop a nuclear weapon,” Press Secretary Josh Earnest said in Thursday's press briefing.

China, North Korea's main ally, wouldn't comment on whether the claims are credible. And a South Korean defense minister said, "We are closely monitoring and tracking any and all of North Korea's nuclear activities. So far, we have not noticed any unusual movements or activities."

North Korea clearly wants to be seen as a nuclear power on the world stage. Intelligence officials told NBC the country thinks a successful test equals more "stature in negotiations with the U.S."