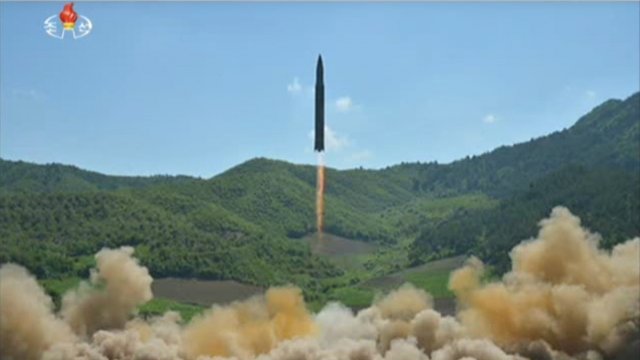 The launch was just a test — the 11th one conducted by North Korea this year, at least that we know of. And the timing of it likely wasn't an accident.

The order to launch the missile reportedly came from Kim Jong-un on the eve of July 4, or Independence Day in the U.S.

Officials are still trying to determine if the missile was indeed an ICBM. But some analysts say it had the range to strike Alaska.

North Korea says the missile reached a height of over 1,700 miles, flew for almost 40 minutes and landed in the Sea of Japan.

North Korea's latest deployment of missiles is its fourth test in just one month.

The test came despite repeated warnings from the U.S., Japan and China. China, an ally of North Korea, has been under intense pressure to crack down on its neighbor in the east.

U.S. President Donald Trump tweeted hours after the launch, asking if Kim Jong-un has "anything better to do."

Trump also suggested China should come down on the country and end the "nonsense."