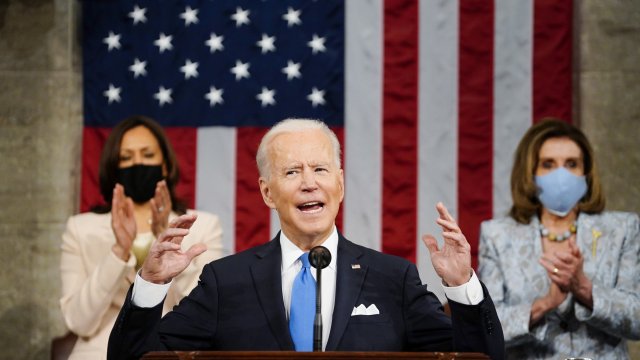 North Korea is angry that President Joe Biden called them a security threat in his first address to Congress.

North Korea has issued a warning — saying the U.S. will face a "very grave situation" after President Joe Biden called the country a security threat in his first address to Congress.

"On Iran and North Korea, nuclear programs present serious threats to American security and the security of the world," President Biden said. "We’re going to be working closely with our allies to address the threats posed by both of these countries through diplomacy as well as stern deterrence."

North Korea lashing back, saying the U.S. appears to want to take a *hostile approach to the Asian nation.

A North Korean senior foreign ministry official warned of unspecified "corresponding measures" and said ....quote... "in time the U.S. will find itself in a very grave situation.”

In January, Kim threatened to expand his nuclear arsenal, targeting the U.S. and hinging on whether he considered America's policy to be hostile.