North Korea Sub Missile Would Add To Threats, If Confirmed 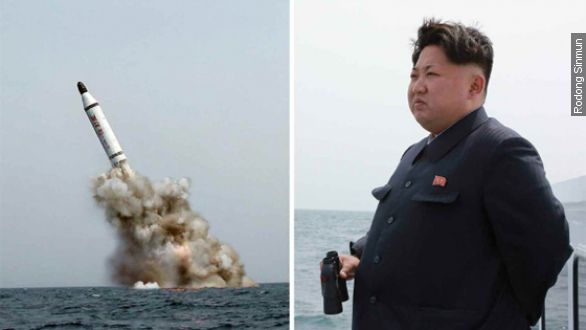 North Korea claims it launched a missile from a submarine. If true, the launch violates U.N. sanctions and makes the country more of a threat.

This time, from a submarine. (Video via Arirang News)

According to North Korean state-owned media, the launch “fully met the requirements of the latest military science and technology.” The date and location of the test was not mentioned. (Video via YTN News)

If legitimate, the launch would violate United Nations sanctions against the country. North Korea is banned from using any ballistic missile technology. (Video via United Nations)

Then again, this is North Korea we’re talking about. The Hermit Kingdom tends to exaggerate its military prowess at times.

Speaking to Bloomberg, a researcher with Seoul’s Korea Defense and Security Forum said, “It’s way too early to say that North Korea has fully acquired the technology.” (Video via Yonhap News TV)

There is some evidence North Korea has the ability to launch submarine-based ballistic missiles, however.

In January, a chief analytical officer with AllSource Analysis used satellite imagery to show what appeared to be a North Korean sub equipped with the means to launch ballistic or cruise missiles.

The ability to successfully launch long-range missiles from a submarine would give North Korea’s typically-lofty threats against its southern neighbor or the U.S. a little more teeth. (Video via KCNA)

This video includes an image from Getty Images and music from Chris Zabriskie / CC BY 4.0.