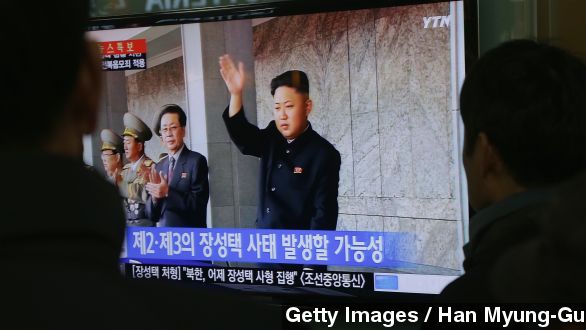 A report from Re/code suggests North Korean hackers in China might be responsible for a recent cyber attack against Sony.

Sony suffered a massive data breach last week, shutting down its servers and reportedly exposing tons of sensitive company information. And the driving factor behind that hack might've been this:

'THE INTERVIEW' / COLUMBIA PICTURES: "You want us to kill leader of North Korea?"

Sony's "The Interview," starring Seth Rogen and James Franco, is set to open next month and centers around a talk show host and his producer setting out to assassinate Kim Jong-Un.

North Korea has previously voiced displeasure over the film, saying its release would be an "act of war." Sony later chose to tone down portions of the film.

While North Korea's conventional military prowess is lacking, the country has shown strength in cyber warfare. (Video via ABC)

It's been suspected in several attacks against rival South Korea over the last few years. (Via BBC | The Washington Post | Voice of America)

A Fox News report from February titled "The cyberwar threat from North Korea" points out just how powerful North Korea's cyber attacks could be.

According to The New York Times, Sony officials are still trying to find the source of the hack. All Sony systems will likely be back online by Monday.