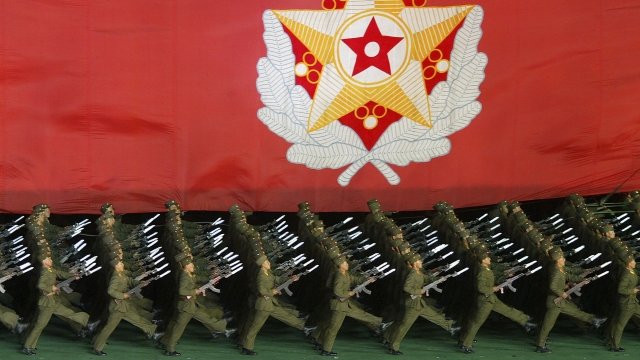 And North Korea isn't happy. The country's foreign ministry told the Korean Central News Agency it will take "corresponding measures" if that happens.

The North called it a "a fatal mistake" to assume it would "tolerate" more sanctions, but it didn't exactly say what it would do in response.

U.S. Ambassador Nikki Haley has tried to get China and Russia on board with a new U.N. resolution that would impose tougher restrictions on North Korea. The goal is to curb the country's nuclear and long-range missile activities.

China is the North's closest ally and its main supplier of food, weapons and other goods.

But Trump has blamed China's President Xi Jinping for not doing enough to stop North Korea.

"Probably he could do a little bit more, but we'll find out," Trump said during a press conference.